Alain Mérieux received the Reform Friendship Award at a conference celebrating the 40th anniversary of China's Reform and Opening Up on December 18, 2018. The event took place at the Great Hall of the People in Beijing, in the presence of President Xi Jinping. 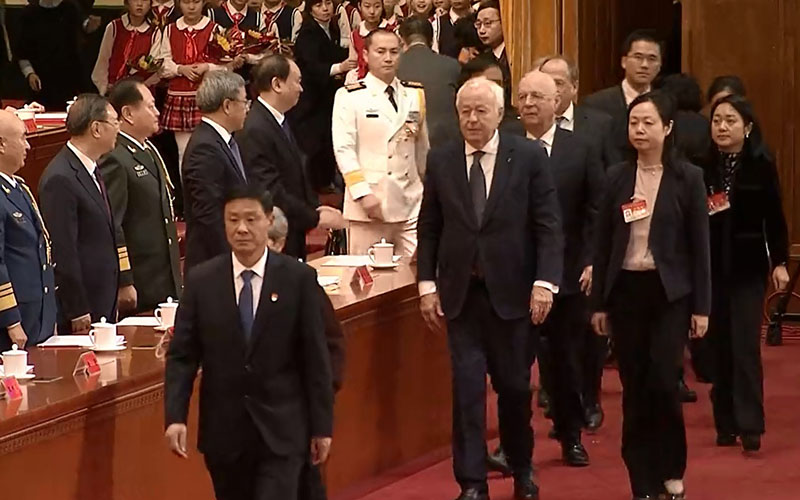 At the end of this conference, awards were given to 10 foreigners who have contributed to the success of China’s Reform and Opening Up campaign in the last 40 years.

Mr. Alain Mérieux, President of the Mérieux Foundation and Chairman of Institut Mérieux, received the Reform Friendship Award for his commitment to public health in China, particularly the fight against infectious diseases.

Alain Mérieux’s award is a continuation of the longstanding relationship the Mérieux family and its companies have built with China over the past 40 years. China has become a strategic location for all of Institut Mérieux’s work in the field of diagnostics, immunotherapy, and nutrition. Through its companies bioMérieux, Transgene, and Mérieux Nutrisciences, and alongside the Mérieux Foundation, Institut Mérieux has partnered with Chinese authorities and health stakeholders to address major public health issues in the country.

Alain Mérieux also served as Co-President of the Franco-Chinese Committee on Emerging Infectious Diseases, alongside the Minister of Health, Professor Chen Zhu. In this role, Mr. Mérieux was instrumental in creating the high-security P4 Laboratory that opened in Wuhan in 2014.

In March 2014, President Xi Jinping visited bioMérieux’s headquarters in Marcy l’Étoile during his state visit to France to commemorate the 50th anniversary of diplomatic relations between France and China.