Understanding the link between Zika virus and Guillain-Barré syndrome. 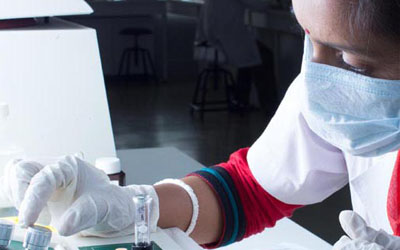 Following the revelation of a causal link between Zika infection and the Guillain-Barré neurological syndrome (the 2013-2014 Zika epidemic in French Polynesia), the ZIKAGEIS study was launched in Bangladesh in 2016 to understand the role of the virus in the etiology of Guillain-Barré syndrome (GBS).

Guillain-Barré, a neurological syndrome that can lead to paralysis and respiratory failure, is most often triggered by a viral or bacterial infection. In countries affected by Zika, an unexpected increase in the number of Guillain-Barré cases was observed, designating Zika infection as a triggering factor.

The ZIKAGEIS study seeks to understand the role of the virus in the development of Guillain-Barré syndrome (GBS).

This study focuses on the antibody response (since GBS is considered a post–infectious neurological disease) in order to detect a possible anti-Zika response.

Serum samples were taken from more than 500 patients and controls within the family unit, totaling over 1,500 samples.