This family foundation works in close collaboration with the Mérieux Foundation in the field, to develop applied research capabilities and to fight the infectious diseases that affect mothers and children, through a global health approach.

Professor Jean-William Pape, founder and director of the GHESKIO Centers in Haiti and professor of medicine at the Cornell University’s Weill Medical College (United States)

Fondation Christophe et Rodolphe Mérieux’s mission is to contribute to scientific research applied to public health and to the development of programs for scientific training and education in science and economics. Focused particularly on developing countries, the Foundation works with local partners to create the conditions for sustainable development.

Working closely with the Mérieux Foundation

The two foundations share a common vision of public health service in the field. Indeed, Fondation Christophe et Rodolphe Mérieux dedicates the majority of its resources to funding field projects, implemented locally thanks to the expertise of the Mérieux Foundation teams.

In the regions surrounding these laboratories, in countries such as Madagascar, Iraq, Haiti and Cambodia, where the Mérieux Foundation is present, Fondation Christophe et Rodolphe Mérieux works to assist the most vulnerable populations, particularly mothers and children. Taking a global health approach, the two foundations work side by side to provide healthcare, improved sanitary conditions, decent housing, schools and jobs. 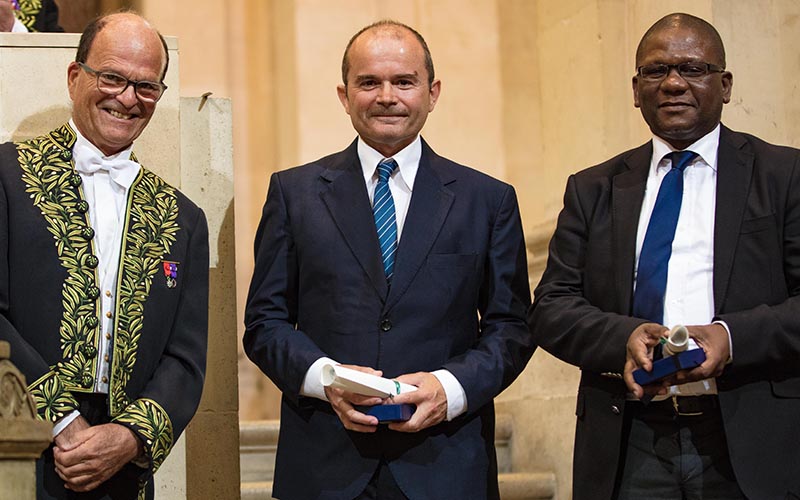 Serge Eholié and Xavier Anglaret Winners of the 2017 Christophe Mérieux Prize: together managing a team of highly respected Ivorian and French researchers.

Every year since 2007, Fondation Christophe et Rodolphe Mérieux has awarded the Christophe Mérieux Prize to a researcher or team of researchers studying infectious disease in developing countries. The Institut de France selects the winner from a list of leading figures identified in the field by the Mérieux Foundation. Winners receive 500 000 €.