Partners commit to reduce cholera deaths by 90% by 2030

An ambitious new strategy to reduce deaths from cholera by 90% by 2030 will be launched tomorrow by the Global Task Force on Cholera Control (GTFCC), a diverse network of more than 50 UN and international agencies, academic institutions, and NGOs that supports countries affected by the disease.

The GTFCC’s new plan, Ending Cholera: A Global Roadmap to 2030, recognizes that cholera spreads in endemic “hotspots” where predictable outbreaks of the disease occur year after year.

The Global Roadmap aims to align resources, share best practice and strengthen partnerships between affected countries, donors and international agencies. It underscores the need for a coordinated approach to cholera control with country-level planning for early detection and response to outbreaks. By implementing the Roadmap, up to 20 affected countries could eliminate cholera by 2030. 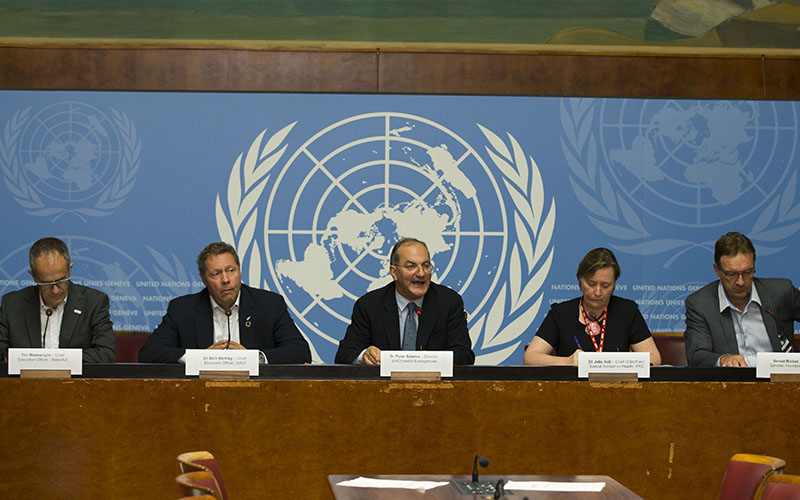 “Every death from cholera is preventable with the tools available today, including use of the Oral Cholera Vaccine and improved access to basic safe water, sanitation and hygiene as set out in the Roadmap,” said Dr Tedros Adhanom Gebreyesus, Director General of the World Health Organization. “This is a disease of inequity that affects the poorest and most vulnerable. It is unacceptable that nearly two decades into the 21st century, cholera continues to destroy livelihoods and cripple economies. We must act together. And we must act now.”

Advances in the provision of water sanitation and hygiene (WASH) services have made Europe and North America cholera-free for several decades. Today, although access to WASH is recognized as a basic human right by the United Nations, over 2 billion people worldwide still lack access to safe water and are potentially at risk of cholera. Weak health systems and low early detection capacity further contribute to the rapid spread of outbreaks.

The introduction of the oral cholera vaccine has been a game-changer in the battle to control cholera, bridging the gap between emergency response and longer-term control. Two WHO-approved oral cholera vaccines are now available and individuals can be fully vaccinated for just US$6 per person, protecting them from the disease for up to three years.

The Global Roadmap provides an effective mechanism to synchronize the efforts of countries, donors, and technical partners. It underscores the need for a multi-sectoral approach to cholera control with country-level planning for early detection and response to outbreaks.

By strengthening WASH in endemic “hotspots”, cholera outbreaks can be prevented. By detecting cholera outbreaks early, and responding immediately, large-scale uncontrolled outbreaks like the one observed in Yemen can be avoided – even in crisis situations.

The Global Task Force on Cholera Control (GTFCC) is a network of more than 50 organizations bringing together partners involved in the fight against cholera across all sectors and providing a strong framework to support countries in intensifying efforts to control cholera.

The Launch of the Global Roadmap is supported by the Bill and Melinda Gates Foundation, the Mérieux Foundation and WaterAid.