From March 26 - 30, Mr. and Mrs. Mérieux visited Haiti to meet the Haitian partners of the Mérieux Foundation. This visit came just a few days after a further prestigious distinction was awarded to Professor Jean-William Pape, who founded and runs the GHESKIO Centers, one of the Foundation’s historic partners. These centers house the only P3 level biosafety laboratory in the country, the Rodolphe Mérieux Laboratory, built by the Foundation. 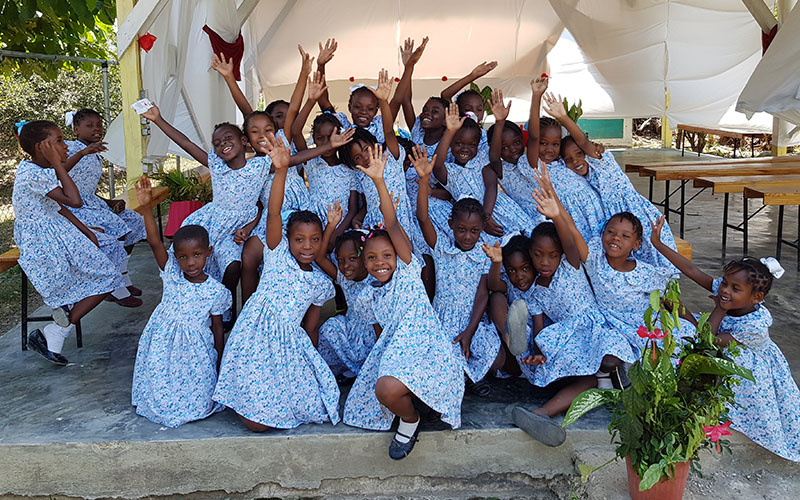 In March, Professor Jean-William Pape became the first recipient of the “Joan and Sanford I. Weill Exemplary Achievement Award”. On receiving the prize, Prof. Pape thanked the partners of the GHESKIO Centers, including the Mérieux Foundation, which began work in Haiti in 2002.

What better occasion for the Foundation to recall that Haiti is a model for its activities, going beyond increasing the access of vulnerable populations to diagnostics, and taking into account their living conditions in the broadest sense.

Continuing the SPHaitiLAB project to improve the health of the population

In April, the Minister of Public Health and Population signed Haiti’s National Laboratory Policy. The Foundation participated in the drafting of this document which defines the Haitian government strategy to improve the services of the country’s medical laboratories; it will be launched very soon. This policy was drafted as part of the SPHaitiLAB project, run with the GHESKIO Centers and other local and international partners and supported by the European Commission. The purpose is to improve the health of the Haitian population through analysis and strategic advice in laboratory policy and research. 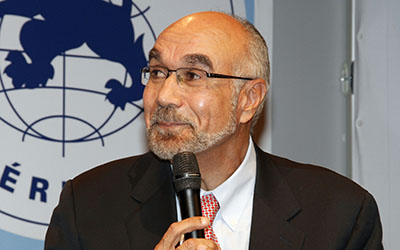 Prof. Jean-William Pape, Founder and Director of the GHESKIO Centers

Within this framework, the Foundation also organized a workshop for the drafting of the National Health Research Policy, which will define strategic recommendations and research priorities. Since April 2016, the GHESKIO Centers have also been running a pilot study on the prevalence of multidrug-resistant tuberculosis. A total of 991 samples have been sent to the for analysis of the data.

The National Public Health Laboratory, the School of Biology, Biochemistry and Biotechnology (ESTBB) of the Catholic University of Lyon and the Mérieux Foundation also organize the BAMS training program, implemented to strengthen the skills of laboratory technicians. BAMS Haiti was created in 2011 and has already trained 132 technicians. The 14 students who make up the 7th year group started their course in September 2017.

In addition to this work with the laboratories, and with the support of Fondation Christophe et Rodolphe Mérieux, the Foundation helps local associations combat the devastation caused by natural disasters and the precariousness facing the Haitian population. This action illustrates the global health approach that the Foundation shares with the GHESKIO Centers, its major partner in the country.

The Léogâne Children’s home can welcome 68 children and is also supported by the Foundation. In 2017, a new section was built, with accommodation for 24 children, and 5 income-generating activities are currently underway. In addition, the Foundation supports the Klib Timoun Kè Kontan Association, whose aim is to help under-privileged children by giving them the opportunity to learn a trade. In 2017, a new income-generating activity was launched with the installation of a chicken house.

Finally, in 2005, alongside the GHESKIO Centers and the Association for Cooperation with Micro-Enterprises, the Foundation implemented a micro-credit program for women, in precarious financial situations, who are vulnerable or living with HIV. The constant achievements of this program mean that many women are successfully reintegrated into working life. More than 4,500 women have benefited from 9,000 loans and the repayment rate is more than 90%.