HINTT project: publication of the results of a study on the clinical relevance of two rapid blood tests in monitoring the response to Tuberculosis treatment

A study conducted by the Mérieux Foundation team and members of the GABRIEL research network, the Ecole Normale Supérieure of Lyon, IRCCS of Rome, Catholic University of the Sacred Heart of Rome and Hospices Civils of Lyon, describes its findings in the journal Frontiers in Immunology. 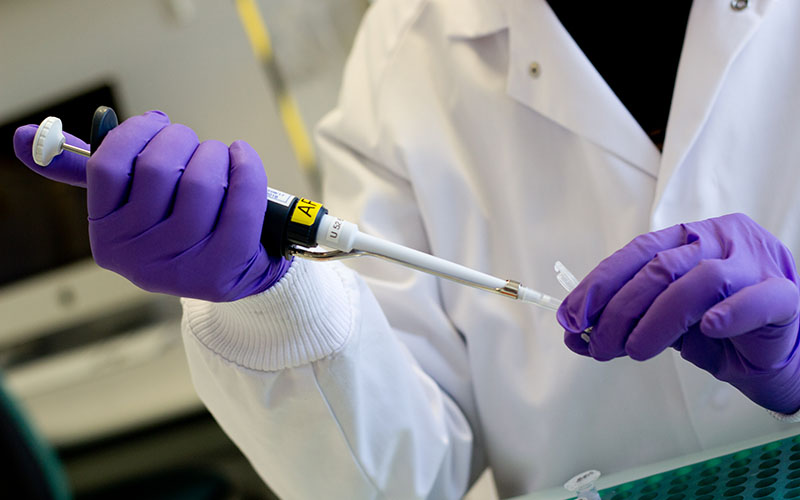 The Relevance of QuantiFERON-TB Gold Plus and Heparin-Binding Hemagglutinin Interferon-γ Release Assays for Monitoring of Pulmonary Tuberculosis Clearance: A Multicentered Study questions the clinical relevance of two rapid blood tests (IGRAs) in monitoring response to tuberculosis treatment by measuring the concentration of interferon-gamma, a marker of inflammation in blood. The results suggest that these concentrations correspond to the patient’s rate of response to treatment, measured for comparison by bacterial culture. This study adds to a growing number of projects that highlight that one of the two rapid tests – the rmsHBHA IGRA – could identify the different stages of TB, from active disease to controlled infection.

To obtain these results, this international study proposed to follow adult, non-immunocompromised patients with culture-confirmed pulmonary tuberculosis before treatment, after two months and at the end of therapy. Blood samples were collected and the inflammatory response to infection was assessed by measuring the concentration of interferon gamma in plasma. Two rapid blood tests were used, the already commercialized QuantiFERON-TB Gold Plus (QFT-P, Qiagen) and the rmsHBHA IGRA, a test under development using a protein from the bacterium Mycobacterium tuberculosis.

This study was conducted in Bangladesh, Georgia, Lebanon, Madagascar, and Paraguay between December 2017 and September 2020, involving 132 participants, 28 of whom had drug-resistant TB. It was conducted as part of the HINTT project, which aims to improve the cure rate and reduce the number of contractions of multidrug-resistant forms of TB. Tuberculosis (TB) remains one of the leading infectious causes of death in the world, and more accessible methods of monitoring its treatment are needed for its control.

Learn more on the HINTT project