The Mérieux Foundation has launched Phase III of a project to improve the prevention and control of tuberculosis (TB) in China. Our renewed collaboration with the Chinese health authorities will focus in particular on diagnosis and screening of new cases of tuberculosis and treatment of drug-resistant strains in Yunnan Province, Prefecture of Nujiang, a poor and remote mountainous area, which has one of the highest incidences of multi-drug resistant tuberculosis in China. 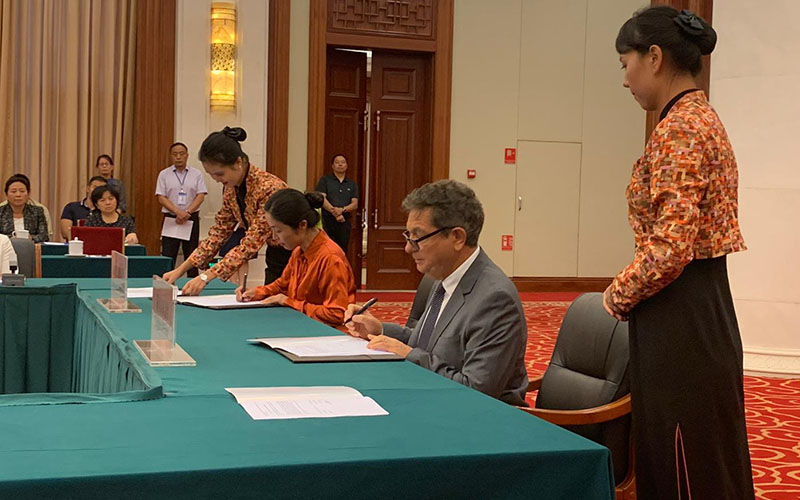 A letter of intent for Phase III of the project to expand tuberculosis prevention and control was signed in late August by Mrs. Yang Yang, Secretary of the Health Commission of Yunnan Province and Pascal Vincelot, Director of Operations, Mérieux Foundation.

The Foundation will contribute its expertise to improve diagnostic capacities, especially for the screening of new cases and reliable detection of multi-drug resistant strains. It will also support training programs for laboratory personnel and professionals in charge of TB care.

The project, covering a five-year period (2019-2023), aims to increase the detection level of tuberculosis in poverty-stricken areas of Yunnan Province, with several objectives:

These efforts will focus on Nujiang Prefecture, located in the mountains of southwestern Yunnan province near the border with Myanmar. Ethnic minorities account for 92% of the population living in this remote area, which has the highest incidence of multi-drug resistant strains of tuberculosis in China.

In the follow-up to the launch of Phase III, a delegation from the Chinese Ministry of Health visited Paris and Lyon in early September to learn about the tuberculosis control service system, control strategy and advanced diagnosis and treatment methods. Professor Vincent Jarlier, Director of the French National Reference Center for Mycobacteria, gave the visitors a tour of the specialized laboratory at the Pitié-Salpêtrière Hospital (Centre National de Référence des Mycobactéries et de la Résistance aux Antituberculeux, Paris).

The Chinese delegation also visited the Mérieux Foundation to discuss their TB projects and to thank the Foundation for its support during Phase I (2002-2007) and Phase II (2007-2012) of the project. During earlier phases, the foundation provided new diagnostic technologies for use in remote, impoverished regions of China where the high incidence of tuberculosis contributes to a persisting cycle of poverty and chronic disease.

One of the top 10 causes of death

Tuberculosis remains a leading infectious disease killer today. It is among the top ten causes of death worldwide, bringing with it profound economic and social consequences. China is one of the countries most severely impacted by this disease, with 889,000 new cases reported in 2017.