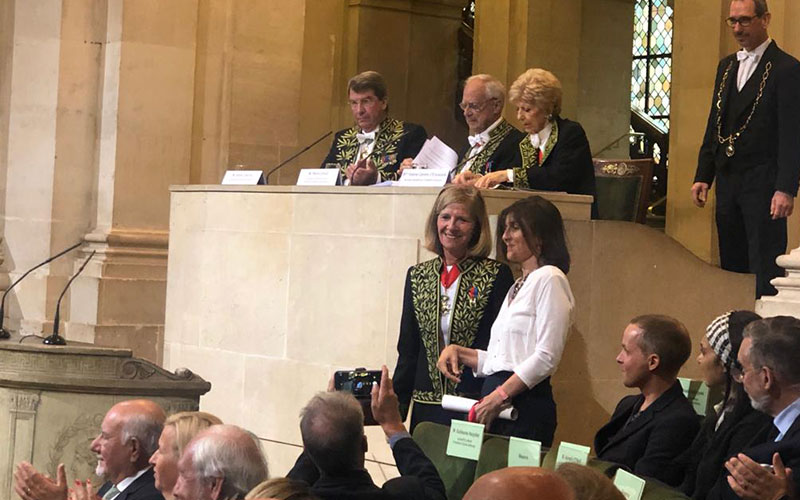 Maryline Bonnet, a specialist in epidemiology and pulmonology, is the research director for the TransVIHMI unit of the Institut de Recherche pour le Développement. Assigned to Mbarara, Uganda, since 2014, she has been conducting several research projects on tuberculosis and HIV.

This 13th  recipient of the Christophe Mérieux Prize has published 82 scientific articles, most of them co-authored with scientists from developing countries. She shares her knowledge and research as a teacher, in particular at the Mbarara University of Science and Technology (MUST) in Uganda.

About the Christophe Mérieux Prize

Fondation Christophe et Rodolphe Mérieux, a family foundation under the aegis of the Institut de France, has awarded the Christophe Mérieux Prize since 2007. Each year, this grand prize rewards a researcher or research team for their work on infectious diseases in developing countries. The winner is selected by a jury at the Institut de France, among candidates proposed by the Mérieux Foundation. The prize is endowed with €500,000.