The Mérieux Foundation, one of the founding members of the DiaTROPIX project, was present at the inauguration of the diagnostic test production unit built on the campus of the Institut Pasteur of Dakar. 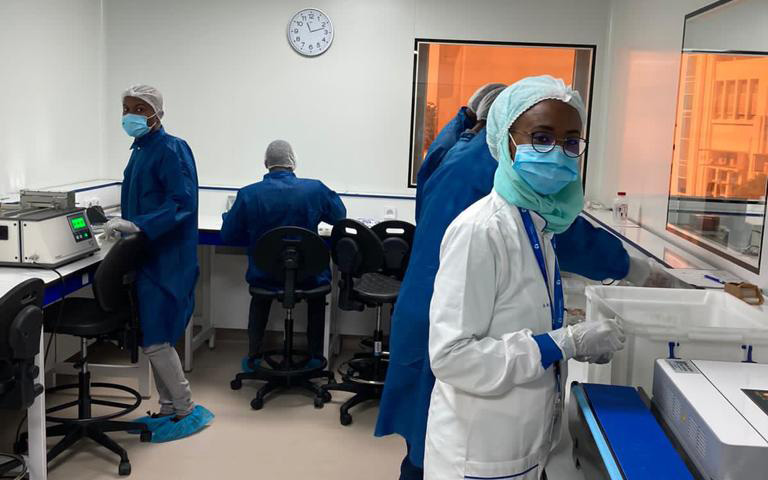 The structure which was inaugurated in the presence of Abdoulaye Diouf Sarr, Minister of Health and Social Action of Senegal, aims to produce high quality rapid tests to diagnose COVID-19 as well as neglected tropical diseases at affordable prices for countries with limited resources in Africa.

The successive interventions of Amadou Alpha Sall, General Administrator of the FIPD, Stephan Roken, German Ambassador, Victoria Billing, British Ambassador, Philippe Lalliot, French Ambassador, and Abdoulaye Diouf Sarr, underlined the unprecedented international mobilization around the diaTROPIX project and the unfailing commitment of its founders, and its two industrial partners MOLOGICS and bioMérieux, to transform this project, which began in December 2018, into a concrete structure for the production of rapid tests, supported by a competent team, capable of meeting the diagnostic needs of countries with limited resources for a wide range of infectious diseases that remain major public health challenges.

This non-profit production platform was created by Institut Pasteur of Dakar, the Mérieux Foundation, the Foundation for Innovative New Diagnostics (FIND) and the Institut de Recherche pour le Développement (IRD) in 2018, which shared the same will to improve access to diagnostic tools for patients suffering from neglected tropical diseases and other pathologies. The Mérieux Foundation provided its technical expertise for the construction of the site and contributed to its equipment.