In partnership with ANSES, the French national agency for the health and safety of food, the environment and work, the Mérieux Foundation organized a training course in Dakar from December 5 to 9 on bioinformatic analysis for the characterization of bacterial isolates identified by next-generation sequencing (NGS). 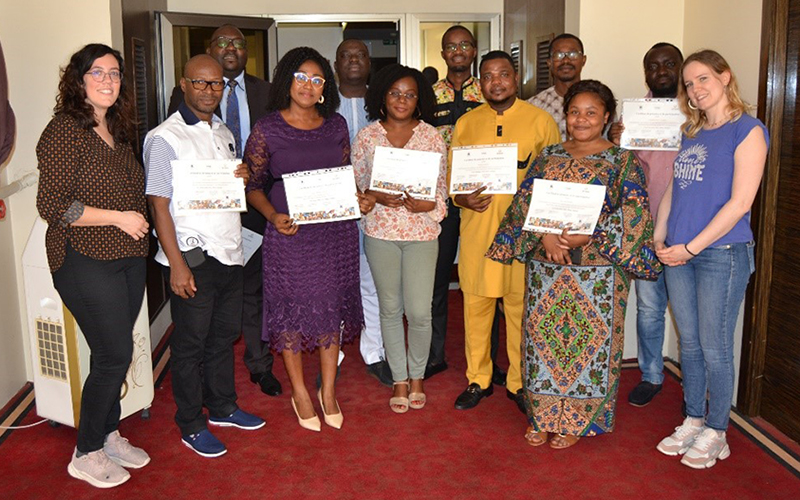 The ten participants and their training certificates.

Ten scientists and laboratory technicians followed the week-long training course to learn about the main sequencing technologies (Illumina, Nanopore) and the role of bioinformatics. More specifically, the objectives of this training course were to understand the main stages of bioinformatic analysis to characterize bacterial isolates (genes for resistance and virulence, typing) following whole genome sequencing. 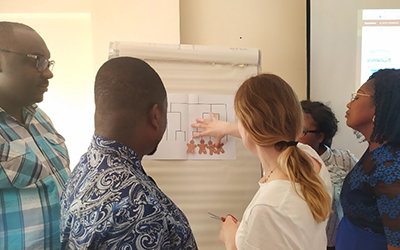 Participants in a practical workshop to learn about phylogeny.

The course alternated between theoretical and practical sections, allowing the participants to learn the basics of bioinformatics so that they could analyze their own data and understand the role of NGS in the monitoring of antimicrobial resistance (AMR) on the basis of several surveillance projects, including a One Health project run by the Mérieux Foundation.

By the end of this training course, which finished on December 9, the participants had acquired the following skills:

These skills are essential for setting up active AMR surveillance via NGS, enabling the transmission of resistance to be studied and new resistant bacterial strains that may arise during an epidemic to be characterized.

Benefiting from an educational grant offered by Illumina, the course was organized as part of a partnership with ANSES, which is one of the national academic collaborations that were launched by the Mérieux Foundation in 2020. It underlines the Foundation’s desire to use local scientific ecosystems to accelerate the transfer of innovation to countries in the Global South and to strengthen research capacity in the countries in which it operates. The partnership with ANSES for AMR is one of several strategic collaborations with academic researchers on three key subjects.