Six months to the day after its official inauguration, the container plant making nutritional products for school canteens in southern Madagascar is operational. The partners at the origin of this initiative met on this occasion to visit the factory and to discuss the next steps in the project. 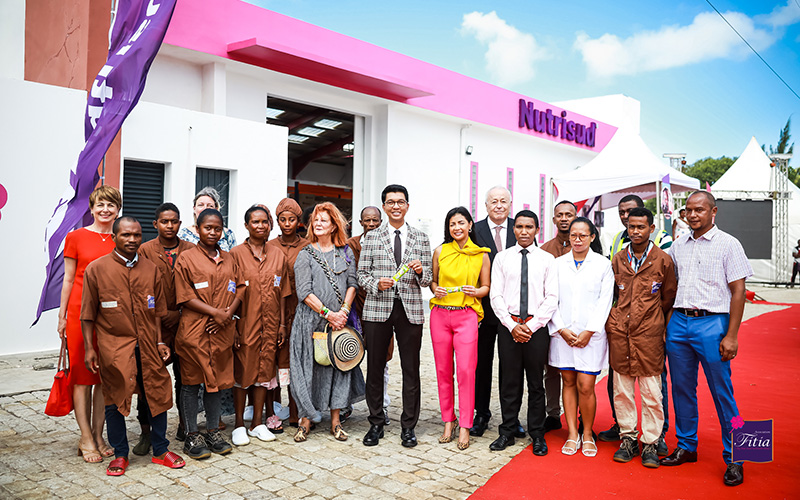 The delegation visited the container plant that makes nutritional products for school canteens in southern Madagascar, where there is a high level of malnutrition. After six months of activity, the plant supplies 20 schools in the southern region and has hired 16 people, including 9 women, in an effort to help the women of the region. After a presentation of the different actions carried out by the Fitia association, the persons present were able to discuss their collaboration before meeting the pupils and representatives of the first twenty schools to benefit from this initiative.

The meeting was also an opportunity to sign the support agreement following the project with the Department of International Cooperation of the Principality of Monaco (DCI), in the presence of Mialy Rajoelina, President of the Fitia association. 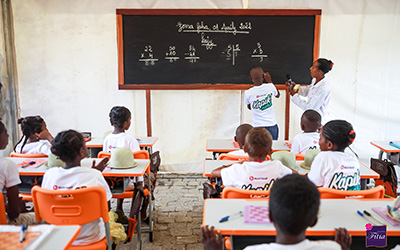 The plant is now fully operational. From now until the end of April 2022, the aim is for 120,000 children to benefit from the nutritional products the plant distributes in school canteens in the Anosy region, where, according to the National Nutrition Office of Madagascar, almost 35% of children are suffering from stunted growth. As a result, the initiative is also helping to keep children in school, with an increase in enrolment rates already being seen in the schools benefiting from the project.

Each year, the plant aims to produce 8,000,000 nutritional sachets, the main ingredients of which are peanuts and milk. 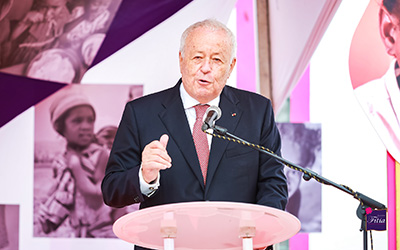 “We have been able to construct, imagine, and innovate to build the project we now see today, all thanks to a fantastic agreement between our three teams working as one. We will be by your side to see the successful completion of phase 2 of the project”, announced Alain Mérieux, President of the Mérieux Foundation.

“I look forward to working with all stakeholders to ensure the success of the Mitombo initiative. In a region that suffers from malnutrition, this factory should be able to increase food supply by producing essential nutritional supplements locally to boost the recommended daily intake for children and to improve their nutritional status. The factory will also be able to offer long-term employment and open up opportunities in the agricultural sector”, underlined Isabelle Berro Amadeï, Minister of Foreign Affairs for the Principality of Monaco.

“Together we will improve their [the people benefiting from the project] everyday lives, bringing them hope. School non-attendance rates have fallen considerably. Together, we are providing employment for the local population, and again together, we are fighting malnutrition in southern Madagascar, a blight that has lasted far too long”, concluded Mialy Rajoelina, President of the Fitia association.