The Mérieux Foundation signs a partnership agreement for the construction of a factory to combat malnutrition in Tolagnaro, Madagascar

A delegation from the Mérieux Foundation met the First Lady of the Republic of Madagascar and President of the Fitia association, Mialy R. Rajoelina, and the Nutriset Group to sign a partnership agreement to set up a factory in Tolagnaro to produce nutritional products for school canteens in the south of the country. 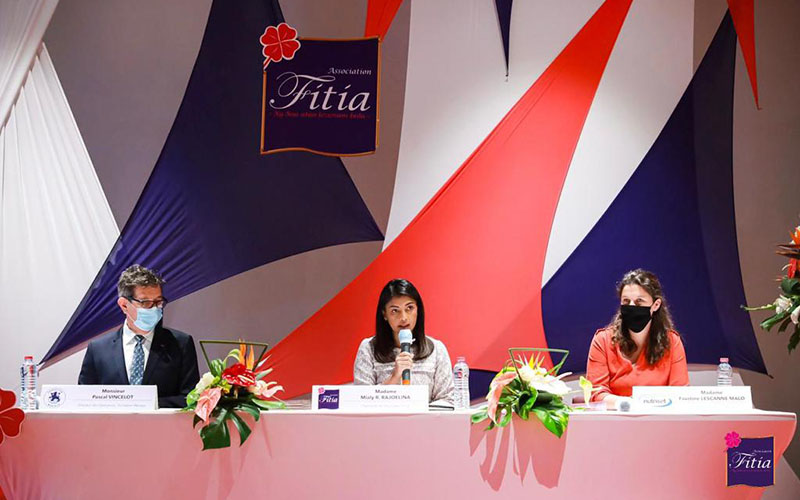 This agreement outlines the establishment and operation of a container-factory in Tolagnaro, the capital city of the Anosy region, formerly known by the French name Fort Dauphin. The container-factory was designed and built by Nutriset and financed by the Christophe and Rodolphe Mérieux Foundation, the financial partner of the Mérieux Foundation, to the tune of EUR 850,000. It will be handed over to the Fitia Association, which will manage operations with the benefit of expert advice from Nutriset, a specialist in developing and producing nutritional solutions for treating and preventing malnutrition. Nutriset will provide training for factory employees and monitor the quality of manufactured goods. The Fitia Association will distribute free food products to pupils. 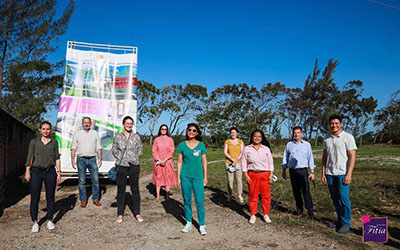 This campaign is part of the fight against malnutrition in the south of Madagascar. Photo credits: Association Fitia

The “turnkey” factory will help to combat malnutrition in the Anosy and Androy regions, where, according to the World Food Programme, 750,000 people are at risk of malnutrition. According to the National Nutrition Office of Madagascar (ONN), 35% of children in the Anosy region are suffering from stunted growth. The project also plans to rely on local agricultural sectors for its production, which will be revitalized in order to supply raw materials such as maize, rice, peanuts, etc. The project aims to promote the empowerment of women in the region through its recruitment programme.

This project was initiated by Alain Mérieux following his meeting with the President of Madagascar, Andry Rajoelina, when the latter attended the Global Fund meeting in Lyon in October 2019. The President of Madagascar told him about the situation in the southern part of the country and his fight against malnutrition. Since the Mérieux Foundation had already been established in Madagascar for more than ten years, Alain Mérieux wanted to help support the public health priority identified by the President of Madagascar: malnutrition, which is particularly severe in the southern part of the country. To do so, he approached the Nutriset Group, renowned globally for its expertise in the fight against malnutrition, to manufacture a container plant dedicated to the production of food supplements destined for the south of Madagascar.

“I am delighted that our Foundation, in collaboration with Nutriset, has been able to provide a solution to the problem of child malnutrition in southern Madagascar, a situation that President Andry Rajoelina brought to our attention at the end of 2019,” said Alain Mérieux, President of the Mérieux Foundation. The production containers have left Le Havre in France and are on their way to Tolagnaro, where they will be used to manufacture essential nutritional supplements for children. This campaign is part of the long-standing relations between the Mérieux Foundation and Madagascar. Set up more than ten years ago, the partnership has led to the creation of the Rodolphe Mérieux Laboratory at the University of Antananarivo, as well as support for Akamasoa, an association set up by Father Pedro.

“I would like to thank the Foundation for supporting our campaign to combat malnutrition in our country by providing Mobinut factory containers from the Nutriset Group, which is well-known for the effectiveness of its products for the treatment and prevention of various forms of malnutrition worldwide,” underlined the First Lady of Madagascar and President of the Fitia Association, Mialy R. Rajoelina.